I noticed it this weekend as he cleaned up the breakfast dishes, then washed the pots and pans after supper.

It was evident when he brought the tall ladder in from the garage to change the light bulb in our kitchen’s vaulted ceiling.

It filled the air around our home, like the white spray paint he used to freshen up the rocking chairs on the front porch.

It spoke to me more than his words ever could, his finishing these tasks without me even asking.

It convicted me, helped me realize anew that by meeting his needs without being asked, I show love.

It set an example for our children, demonstrated how they should act toward each other.

My husband lived Christ before us.

Suppose that, as a family, we could live this way every day, each doing what he or she could for the others, without expecting recognition or similar actions in return.  What a sweet spirit would reign in our home…and how pleasing we would be to Christ.

May that be our goal, as we surrender ourselves to Christ, and allow a spirit of service to flow through us, to our family first, and then to others we meet.

I was one of those girls who went to college to get a MRS. degree.

Now don’t get me wrong, I was interested in getting an education.  However, I didn’t really date in high school, so I was also looking forward to the prospects of college in that area.

“Like” began in the first semester of my freshman year. There was a cute boy from Georgia (with a definite Southern accent) in two of my classes. I liked him right away, knew that I would say yes if he asked me out, but that was it.  I began dating other boys and eventually found out that he had a girlfriend back home.

We became friends and ended up having several classes together in our second semester.  By the time spring arrived on campus, I hadn’t found anyone that held my interest.  However, I was beginning to think the friendship that had developed between this particular boy and I could turn into something else.  I could only do so much, and tried to be patient….

Would you believe that he was the last guy I ever dated?  Almost two and a half years later, he asked me to marry him, and seven months after that, I married the man whom I not only love, but still like and consider my best friend.

While Valentine’s Day seems to be about chocolate and roses and fancy dinners, love is so much more.  This September will mark twenty-five years since I first met the one who accepts me unconditionally, listens to me patiently, and challenges me to be the best I can be.  He has held my hand through the worst of times and rejoiced with me in the best. I am confident that the years ahead will hold more of both and that the love God has given us for each other will bring us safely through.

How about you?  Did your relationship begin with “like” or “love”? 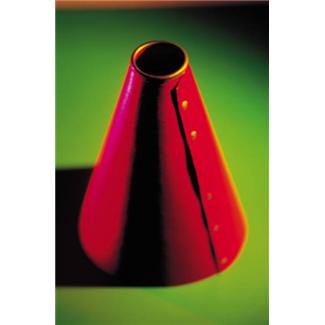 When I was entering the seventh grade, my best friend and I tried out for the Junior Varsity cheerleading squad.  Neither one of us made it and I never tried out again.

However, now that I am a wife, I am a full-time cheerleader – for my husband.  I believe that one of my responsibilities is to encourage and assist him every day.

You can join me on the squad!  Here are three ways we can help our husbands be winners in life.

I am seeking to be more diligent about praying for my husband throughout the day.  I am sure he has challenges that I know little of, so I pray for his physical safety, for strength to overcome temptation, and wisdom for each situation he encounters.

Rather than applauding an athletic team, I’m now striving to support the man that God has given me to serve.

Have you found ways to be a cheerleader for your husband?

I love my dad.

He was my first hero, the first man to ever treat me like a young lady.  He listened when I talked, and, when asked for it, gave wise advice.

On my wedding day, as my dad walked me down the aisle, we stopped near the front of the church and a male soloist sang this song.

A few years later in her life
I saw her walking home from school
She had her books in her arms
And a young man at her side
And I felt a jealous pain
And I felt just like a fool
But when the young man told her bye
I said, “Can I walk with you?”

“You’ll always be that little girl in my heart”

These days, my dad’s heart holds other “little girls” as well – my younger sister and my two daughters. In my eyes, He is still the hero from my childhood days and I am blessed by how he continues to build precious memories with my girls.

Happy Birthday, Dad!  I love you.

If you’d like to hear Steve Chapman sing this song, check out the video below.  He begins the song about 1:45 into the clip.

When it comes to communicating with my husband, timing is often a key element.  As I find in Ecclesiastes 3:1 and 7b, “To every thing there is a season, and a time to every purpose under the heaven: a time to keep silence, and a time to speak;” 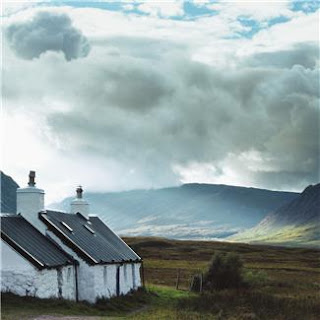 My words are most effective when they are spoken with a proper attitude and at the right time.  His participation in the conversation or his response to my request is more likely to be favorable if I talk to him when he’s able to fully listen and comprehend what I’m saying.
I have learned that it’s best not to engage in deep conversation at the following times:
As we get to know our husbands better, we will more easily recognize opportune times to capture their attention.  Admittedly, waiting for the right moment to share my news, ask his advice, or voice my complaint is difficult! Yet if I want to be sure that my words are received properly, timing is important.

It often takes great self-control (and Holy Spirit help!) to purposely delay what I want to say until a later time.  However, one benefit I have found in waiting is that, after further consideration, what I thought was important to say may be better left unsaid.

Waiting until the right time to speak is still a struggle for me.  However, as I pray and ask the Lord to guide and guard my speech, I hope to become a better helpmeet by improving my communication with my husband. After twenty years, there’s no hesitation when I say….

I’d do it all over again.

Sitting here now with two children of my own, I need to ask:  “How did you do it all?”

You were a pastor’s wife, mom to four children, church pianist and so much more, yet you did – and continue to do – it all with such grace.  I can’t remember a time when you weren’t there for me when I needed you, as a little girl or a college student or as a mom myself. 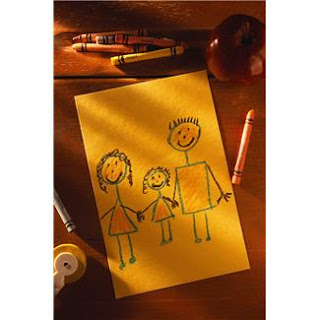 I never doubted your love or your desire to see all of us living for God.  The way you love our children is amazing; our daughters are blessed with a grandmother who gives of herself in time, in prayer and in thoughtful gifts for them.

You are my friend, one who listens and gives wise advice.  I know your prayers for all of us are constant and heartfelt.

I have lived my life looking up to a Godly mother.  As you have so effectively taught me, I know there is “no greater joy than to hear that my children walk in truth.” (III John 4).

May we continue to bring you joy.

In nearly twenty years of marriage, I hope I’ve developed ways of interacting with my husband that are positive and helpful.  I know I still have much to learn and am thankful that my husband is patient and that the Lord continues to work in our marriage. However, if you have no interest in developing a loving relationship with your spouse, I have found three effective ways to drive your husband away.

As Christian wives who long for strong marriages, I hope that we can avoid these traps and build relationships that bring honor to our Lord. 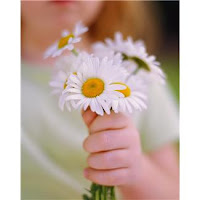 This is the fourth in a series of open letters to some who have touched my life.

If ever a little girl was made to feel like a princess, it was I.  No matter my age, you always treated me with love and respect.  Your boundaries were clear, your discipline as promised, but your heart for your children always shone through.
﻿﻿﻿﻿
﻿﻿While there had to be seasons when your time and your money were in short supply, it never seemed that way to us.  You sacrificed in whatever ways necessary to make sure we had what we needed.

There’s never been a hint of hypocrisy; you practice what you preach.  Your wisdom continues to guide us all – the wisdom gained only by countless hours spent in the presence of the Heavenly Father.

Thank you for your prayers, your guidance, the Godly example you live out before us.  I am unceasingly blessed to have you as my father and as the grandfather of our children.

With highest esteem and deepest love,

This is the second in a series of open letters to some who have touched my life.

How God has changed us both during that span of time.  While totally in love with you at twenty-two, I don’t believe I was capable of loving you as fully as I do now.  The mountains and valleys we’ve traversed together have revealed our true selves and drawn us into a relationship centered on faith, love and trust. I love you as a man.  Strong, determined, focused; with you I feel safe and protected.

I love you as a husband.  You know me inside and out, encourage me to be all that I can be, recognize what makes me happy and aspire to do it.

I love you as a father.  Your heart for our children touches me deeply.  The insight you have into their minds and personalities is so accurate.  You treat them like the ladies we pray they will become.

I love you as a fellow Christian.  You lead our home spiritually, teaching with words, but even more eloquently by your character.  You look for ways to serve people and your boldness in speaking of Christ to others is an example I seek to follow.

Looking back over the last twenty years, I welcome our future as a couple with open arms.  How blessed I will be to spend the next twenty years living and loving with you.

I love you, with all my heart.