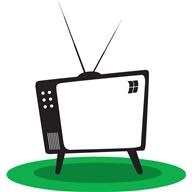 Growing up in our family, we four children were pretty limited in the television shows we were allowed to view. I grew up in the seventies, and most of what we watched were re-runs of shows from the 1960s.

Here are thirteen tv shows I remember watching – and I know some of them are still around on TVLand!

Were any of these a favorite of yours? Was there another show that you enjoyed watching growing up? Let us know in the comments section!